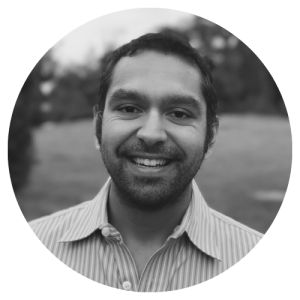 Self-inquiry and surrender are the royal roads to Self-realization recommended by Ramana Maharshi. We’ll practice these profoundly powerful techniques together, and Akilesh will give live advice and coaching on how to improve.

Akilesh Ayyar is a spiritual mentor and writer who has been engaged in the Hindu mystical school of Advaita Vedanta for over 20 years. He specializes in a modern interpretation of Sri Ramana Maharshi’s ideas as a path to ultimate truth and liberation. He has written two books on self-realization, the most recent of which is Spiritual Dialogues with Akilesh: Q&A on Liberation and Truth. He has graduate degrees from Carnegie-Mellon University, the City University of New York, and Harvard Law School. He has taught and has presented at Science and Nonduality, Incite Seminars, HealHaus, Maha Rose, the New York Self-Inquiry group, and elsewhere. He maintains a website at Sifting to the Truth (www.siftingtothetruth.com). He guides seekers through workshops and also one-on-one.