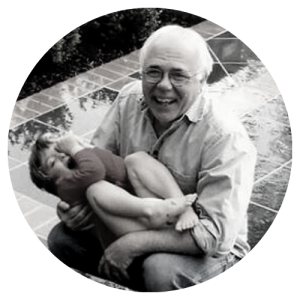 Life here is experienced as if it were beautifully balanced between the manifested universe and the consensus-conceptual overlay commonly referred to as “the dream”.

(1) My story: As I child, I would ride my horse North of the ranch…..lay on the sagebrush flats…..watch the clouds and wonder what the hell was going on. Wyoming was a hunting, drinking, fighting world then….no place for introverted little boys. The first photograph I remember, I was sitting on my dad’s half crazy dapple gray with a cowboy hat and a Coors beer in my hand….I was two years old. Jackson had a bar on every corner and as the years past I became familiar with them all. Over the next ten years I became an expert. Drinking took over and almost destroyed my life.

(2) They say nurses and teachers just love cowboys….but I don’t remember much……Sometimes I wish I could…..Sometimes I’m glad I don’t. I got married to my high school sweetheart had a beautiful baby boy….had a successful business. Life was good…..and I continued to drink….a lot. My parents died early from drinking and I came close to following their example. With a little help from like minded people, slowly I found my way back to sanity and I suppose that right along there someplace my spiritual journey began.

(3) For as long as I can remember my life seemed a little out of sync. Nothing seemed to match up. I went to thirteen different schools growing up and friends were never a priority. Alcohol seemed to soothe that a little ….but fear and pain always returned …..sometimes with friends. The first book I remember picking up was “The Golden Bough: A Study in Comparative Religion”. What followed was a compulsive search for the one book that held the secret of secrets. I exhausted the New Age section…..switched back and forth between the Religion and Philosophy sections and dabbled in the Poetry shelves. I read everything I could find in Eastern Religion area and eventually settled on Advaita as my chosen path. If you name an author remotely related to Advaita I have read everything they ever wrote. If there was a teacher within reach…..I would reach out to them.

(4) Not for a moment did the search for personal relevance let up. I played with out of body experiences and lucid dreaming for ten years and was convinced that I could push my way through walls and travel in outer space. I had some experiences that would shock even you. I kept notes…..underlined and dog eared books….I wrote in the margins….. I wore out two copies of A Course In Miracles and took the year long exercises…twice….I read the Ashtavakra Gita five times. I checked out Scientology and read any channeled books I could find. I really like Seth and Jane Roberts. I loved Don Juan and tried the “power walk” without shin guards. I even read a Shirley Mcklaine book. Books and manuscripts completely filled two sides of my two car garage. I traveled to sit with teachers and attended Non-Dual seminars. Even now when I see an Amazon box, I get little shot of adrenaline. And then…..that night in Las Vegas…

(5) Twice a year my wife and I attend a wholesale clothing show in Las Vegas. We usually stay at the Hilton. Here the search had become my constant companion; and as usual, as I was drifting off to sleep I was pondering the essential emptiness of all things. Intellectually I had understood for many years that things in themselves had no actual existential reality. I knew that there were no such things as “mountains” or “rivers” or the state of “Texas” and as I started to slip into my evening dreamtime……came the thought: “If there is no such things as things…….what does that say about the holder of things?” Everything started to spin and I could not find my center. Immediately I was gripped by an intense panic and tried to push the thought away. Another thought came: “You little chicken shit….you have yearned for this moment your whole life….and now you run like a frightened little girl!” (I used to say “frightened little child” to be politically correct but the voice actually said “girl”. (probably remembered from a shaming father).

(6) I don’t remember much after I let go and slipped into the swirling. Whatever happened disappeared beyond the edge of where memory has anything to hold. I do know that it was a wrenching, tearing, rendering….bloodiness…… and once it had began there was no way to turn back. There was no longer even a center of cognition where personal intent could arise. It was a personal Armageddon. When I woke up, I was weeping and I cried for two days. I couldn’t find the words….and didn’t have the heart…..to tell my beloved wife that I was gone and I wouldn’t be coming back. I knew that this was it. I knew that this was what had read about all those years. This was Ramana’s smile and Rumi’s Shams. This was Beatrice and Dulcinea lying in my arms. There was no doubt and nowhere for doubt to arise. The search came to a full stop. The war was over and peace fell like a soft spring rain. On our way to the show, I watched Las Vegas flow softly through my mind…..the people….a little dog…..grass…..all green and such…..and a tall black wrought iron fence….. I watched as our car turned slowly off Flamingo Drive onto Paradise.

(Postmortem Epilogue) Nothing has changed since that morning. The sublime emptiness is there when I go to bed at night and it greets me like a playful puppy in the morning when I wake up. Right in the middle of the swirling mnemonic debris there is always this sublime quiescence. When I get sick….When I get upset or worried about anything….When I get angry……or when anxiety taps me on the shoulder……it is there…..right in the center of who I am. It was there when I had my stroke…and when my back spasmed. It has become who I am. What more could anybody want?