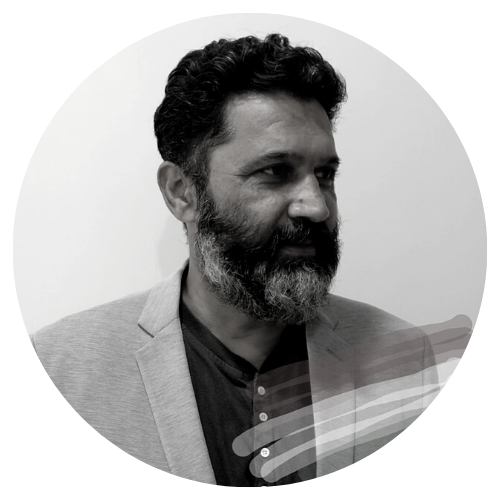 Rajesh studied Architecture as a graduate student from the University of Pune. He became a graduate in 1988. He is deeply interested in the History of Architecture and the role of Architecture in shaping cultures. He was interested in the visual medium and decided to pursue a career in documentaries and films. He has made many documentaries and films. He remains a practicing Architect and an Interior Designer in Mumbai, with interesting projects executed in the hospitality/restaurant business.

He has made many documentaries mainly on the History of Mumbai City. Some of them are:

Rajesh has written many feature films. His debut feature film as writer/director BIKERS ADDA was released in 2015.

Rajesh was an atheist with major western influences during the earlier part of his life. With life experiences and Guru’s guidance his interest in Vedic Spirituality started growing from 2015. Rajesh is a meditation teacher. His teaching is based on Advaita Vedanta which combines meditation with contemplation on the Path of knowledge [Jnana Marg].

Rajesh has a podcast “NO HATE PODCAST”. It is a growing podcast where individuals get to express their unique points of view in a light conversation. It is a platform for Rajesh to express his thoughts on Spirituality, Vedanta, Cultures, Nature, History, Modern World, Humanity, Animals, Philosophy, Psychology, and anything under the sun.