Out of the Void | Everything and Nothing | Nothing Conference Intro

Out of the Void

Out of the void, you came.

From everything and nothing, you appeared.

At first, there was no question of your Oneness, your connectedness to everything, no line of separation between you and others.

There was no self, there were no others.

Then, early on, the patterns began, a localized energetic contraction in a container of skin, was given a name, objects of belonging, and a grouping of stories propping up this image of self, me in here against the world out there.

At some point, a glimpse of the truth revealed a different view.

A knowing, more instinctual than logical, arose, revealing there is something else going on, vastly different than the stories you’d been told.

The glimpse kicked off a wave of curiosity, a recognition that the longing we’ve all always had for wholeness came not from our dissatisfaction with life, but through an understanding that the dissatisfaction itself was simply a thought arising from nowhere, not of our doing.

Now, we explore that wholeness, in and as Awareness itself, suspended in everything and nothing.

Life in free fall, floating in the space of Being, realizing the Self as everything. As nothing. 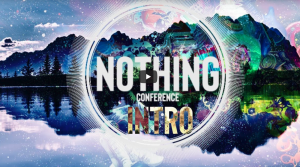